Hall of Fav(e)s is where I gush about all of my favorite things in any category. Here’s part of the 2020 class:

I’ve seen a lot of you not request to know what my favorite things to eat and drink are, so here you go: my first foray into food blogging. These are things that have long been staples and favorites of my diet.

O’Charley’s chicken tenders are what I chose to have on my birthday this year, so that alone shows that they’re my meal of choice. O’Charley’s also has bomb BBQ sauce, so I always get that to dip these in, but they’re just the best chicken fingers with or without sauce. It’s a running joke amongst people who know me personally that I’m some kind of a chicken finger connoisseur. So, if you don’t take my opinion seriously on the other Hall of Fav(e)rs, you can probably trust me on this one. 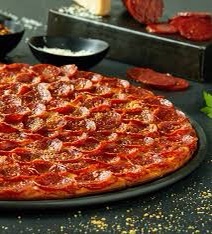 I’ve been thinking a lot about whether my favorite pizza is Donatos or LaRosa’s, so I’m clearly a big fan of Ohio-based chains. Fazoli’s, from right here in my hometown of Lexington, KY, also has a great pizza pie. I’ve never had a pizza in Chicago, New York, Philadelphia, or Italy, so despite pizza being my second-favorite food, I’m not in position to tell you that Donatos is the best, but it is my favorite. 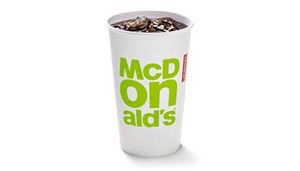 There are several rumors about why McDonald’s Coke is so much better than anywhere else, but you can find the official McDonald’s explanation here. It doesn’t sound quite acceptable for me, so I’m inclined to lean towards the conspiracy theories, such as the one that McDonald’s contract with Coke is for the original Coke formula, rather than the current one. Either way, I’d rather drive to McDonald’s to get a Coke, than to walk to my fridge for one.

These two get in together. Like Lennon and McCartney, they’re great on their own, but they’re best together. This is like an inside snack that has been passed down in my family. Ever since I was a kid my mom would give me a spoonful of Jif PB and some Doritos to dip in it and I have in turn tried to force it on everyone I’ve ever been close with. It’s also great as a peanut butter sandwich with Doritos on the side.

This dressing makes salad twice as good as any other French dressing does. It took me forever to figure out the brand and to find it in stores because I usually encountered it unmarked at a buffet or in an unlabeled cup at a restaurant, but now I know what it is and where to buy it and I’ll never love another.

I actually haven’t found a brand of Green Tea that I’m more stuck on than any other, I just love it all. I also feel great drinking it and knowing that it has so many health benefits.

If you have a favorite brand of Green tea, let me know in the comments or social media, so I can be sure to check it out.